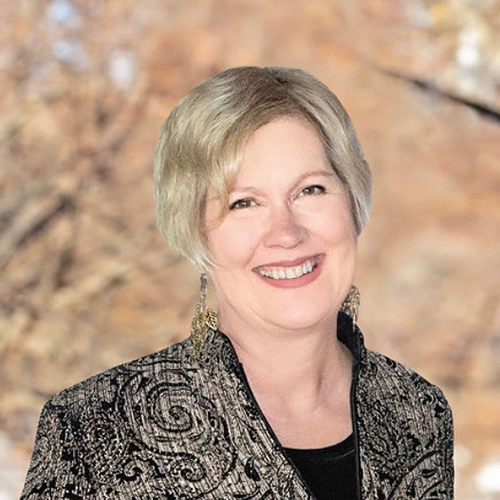 CAROLYN WELCH, Artistic Director of the Lawrence Children’s Choir, has been an integral part of the LCC organization since moving to Kansas in 1996.  She became Artistic Director in 2012, overseeing the artistic life of the five-choir organization. She directs Choristers, Tour Choir, and Ambassador Choir.

Carolyn holds Bachelor’s and Master’s degrees in Vocal Performance & Pedagogy from CU Boulder. She has taught private voice for many years and taught vocal and choral music from 1996-2013 for the Lawrence Public Schools. Carolyn has won several teaching awards and is the author of “Sing the Concepts,” a set of songs for learning basic theory, and “Change One,” a sight-reading curriculum.

Active as a judge and clinician, Carolyn most recently served as the clinician for the Oregon Elementary All-State Choir and presented at the Oregon Music Educator’s Conference, and directed the Middle School Treble Honor Choir for the Arkansas ACDA Summer Conference in Little Rock. She also serves as the Children’s Choir Repertoire and Resources Co-Chair for the Southwest Division of the American Choral Directors Association and is on the board of the Kansas Choral Directors Association.

Carolyn’s husband Bryan is CEO of Mindful magazine. They live on a farm just outside Lawrence, KS, where they raise organic grass-fed cattle and sheep.